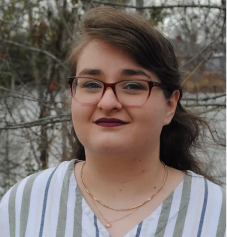 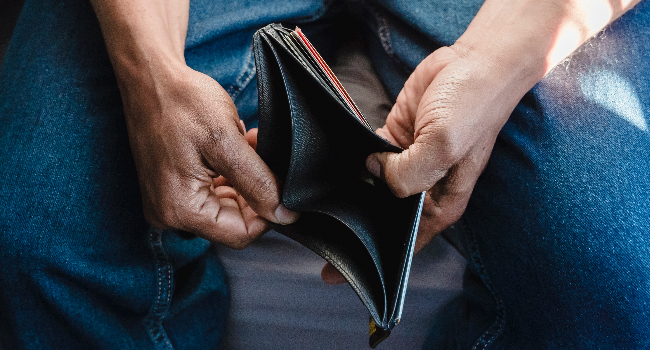 There have been scant few times when I’ve read something and not enjoyed it in the slightest, and had to ask for a refund on my purchase. I don’t like doing that; it feels wrong, after having consumed a product, to take back the money I paid for it.

Unfortunately, it seems that I am in the minority opinion about this. According to a new(ish) TikTok trend, you can “hack” the Kindle store return system to get your money back for ebooks, even if you thoroughly enjoyed them. Many “hackers” seem excited at the prospect of getting to enjoy their favorite authors’ works while sticking it to the multibillion-dollar company, but sadly, that’s not how this works at all.

Return abuse is beginning to be a real and dangerous problem for indie authors selling through Amazon, and avoiding it has become difficult.

What is the Kindle book return policy, and what is return abuse?

Amazon, for all its flaws, has some fairly straightforward customer interfaces in its digital bookstore. The global book-and-everything-else retailer’s ebook return policy is simple: if, within the first 7 days of purchase for an ebook, you realize you do not want it, you can go into your Amazon account’s “Orders” section and hit the little orange “return for refund” button to, submit a refund request, which will automatically be credited back to your account once the request is approved (usually within a couple business days). During this process, you are asked for a reason for your return, which can be a number of things, but the most popularly advertised is an accidental purchase.

Here’s the kicker, though: you can return Kindle books that have been read to any percentage. Even if your Kindle device says you have 100% completed a book, you can return it for a (potential) full refund. Now, Amazon states that they may refuse your refund if your browsing habits show that you purchased the book intentionally. That being said, it’s not a guarantee that you will be denied a refund on a book you bought, especially if you list a different reason for the return.

Can you see the glaring hole in the return policy? Lots of Booktokers (members of TikTok’s #booktok community) did, and they decided to take advantage of it. In these “hack” videos, content creators walked their audiences step-by-step through how to abuse Amazon’s ebook return policy and return an ebook even if they enjoyed it, claiming it was a great way to read for free and stick it to Amazon as a megacorporation.

As you can probably guess from my tone and the use of quotation marks around “hack,” though, this…isn’t exactly how this trend works out in the real world.

Unfortunately, returning an ebook on Amazon after you’ve finished it simply doesn’t affect the larger company. It affects the publisher, who has to pay the distribution fee to Amazon for larger files - think long books, books with lots of illustrations or images, and things like that. This fee is comparable to a print book’s production fee (though significantly smaller considering it’s in a digital space rather than a physical one) and is used to cover the server space needed to deliver the file.

Normally, this fee is taken from the royalties earned from an ebook sale (royalties, for those not familiar with the term, being the profit that goes directly to the publisher or author), but if that book is returned, those royalties disappear. The fee is still in place, as the file still had to be delivered.

You read that right: not only do authors lose their royalties from a return, they’re stuck with the file delivery fee, so authors can end up owing Amazon money, instead of being paid. Amazon isn’t significantly hurt at all by this return abuse – the pain is far greater for authors trying to make a living from their craft.

For larger publishing companies, this is annoying but not ruinous. They might lose out on some of their monthly revenue, but they aren’t going into the negatives. They have multiple books from multiple authors and a large enough income stream that their daily operations aren’t going to be affected by a few, or even a few hundred, returns.

For indie authors, though…this trend could be the difference between having enough to pay rent and having to give up writing entirely. That’s not an exaggeration; small indie authors are their own publishers, and may only have a few books to rely on. If they rely on these books for any portion of their income and end up with a negative royalty balance at the end of the month, the money doesn’t come out of a corporate budget - it comes directly out of their wallets. Depending on what percentage of their income is based on book sales, this may mean that they have to pull from savings or, worse yet, have no way pay their bills.

I’m not saying that all returns are evil. Sometimes you do accidentally hit the buy button when you didn’t mean to (being the owner of cats and mother to a small child who likes pushing buttons, I sympathize).

So, how do you solve a problem like Amazon refund abuse? Well, the most effective solution would be for Amazon to adjust its return policy. As suggested by others in the literary community, they might reduce the time limit for returns, or put a cap on the percentage read that can be returned. Failing that, they might simply limit the number of returns you can perform in a given time period, or give authors some recourse to report return abuse (such as being able to flag the return of an entire series one book at a time).

It’s unlikely that Amazon is going to do much of anything to change the policy, however. In 2018, they got into hot water for reportedly banning people who made overly frequent returns from the site, but getting overzealous with it - people were unable to return damaged goods and were prevented from placing future orders because they were attempting to return a defective product. Because of these issues, Amazon’s return policies were made laxer, though they still have a no-return policy in place for digital orders like movies and music. Many authors wonder why this doesn’t apply to ebooks. The point is that Amazon is likely going to be unwilling to try tightening its restrictions after it blew up on them so spectacularly before.

That being said, Amazon has been known to change its return policies if enough of a fit is pitched. In 2021, it changed its mind-blowingly lax return policies for Audible (up to an entire year after purchase!) because of the outcry from audiobook publishers who were losing money to a similar return abuse scandal. They added more reporting features on the author's end and required more detailed reasoning on the part of the returning party. You still get an entire year to return the book, but you also need to be extremely specific about your return reasoning and not have a pattern of returning completed audiobooks. We’ll have to wait and see if these policies will be extended to ebooks.

Others are attempting a more personal approach, and are calling for more awareness about how return abuse is affecting indie authors, in the hope that the realization that they’re hurting real people will stop “hackers” from trying to get free products. Author Lisa Kessler was incredibly direct about the practice on Twitter. “It's June 1st and I owe Amazon,” she said, “because people are reading through [her series] and returning the books when they finish...Authors need to eat too…” Several indie authors on Book Twitter have now spoken out about finding themselves in the red due to return abuse, some of whom have now said that they may not be writing any more books for the foreseeable future. The story has been picked up by multiple news outlets (and industry associations like the Alliance of Independent Authors) and is making its way to larger mainstream media sources.

The third tactic in use is a practical one: people have called on the “hackers” to use actual book lending programs, such as those which operate through the public library system. Free apps like Hoopla and Libby allow you to borrow ebooks as you would a print book and often have many of the same offerings from independent authors available or available to be requested. Still others are recommending using the Kindle Unlimited subscription service, which actually is designed to be a lending library.

These systems uses the same concept as return abuse without the harm to the author; you still get to read for free, and no one gets hurt! All it requires is a library card, which, as an added benefit, the act of signing up for helps your local library get better funding. Authors are hoping that by highlighting this identical but beneficial method, they can stop people from committing return abuse.

All of these methods are still fairly new on the ground; we’ll have to wait a few months to see whether any of them are effective and what if anything happens with Amazon’s policies.

Realistically, though, the best way to avoid return abuse is to be in charge of the return process yourself, and that means having a direct sales channel to your readers without going through a large distributor like Amazon at all.

Look, sometimes you can’t avoid working with the big guys. You may not have the money or the time to curate your own print books, you might not have the audience to sell them directly to your readers, or you might not know how to get started with direct selling. That being said, striving for direct sales as an author can be remarkably helpful in the long run.

For starters, having your own sales channel means you control every aspect of the process, from formatting and design to, yes, return policies, but also the profits you make from an individual sale and the cost of production. You get to say who gets to purchase your books, where, and how.

Additionally, it’s a great way to build brand loyalty. Offering a direct market for your books on your author website means that people will have the chance to see what else you do, including the other titles you have available and other services you might offer. You can incentivize them to sign up for your email list by providing exclusive discounts and early access to new titles, meaning you can grow your platform. Value is everything when it comes to building a loyal base of readers, and a direct marketplace is a great way to add value.

To sell directly, you’ve got a couple of options:

I’m of the potentially harsh opinion that trends like return abuse have a habit of sorting themselves out one way or another. If you return all the books your favorite author writes, sooner or later that author is going to stop writing, and you’re going to run out of options, so you’ll have to stop your returning nonsense.

That still doesn’t help the authors struggling against this frustrating, draining system. These writers have worked incredibly hard to create a great story, spending months or years to compile ideas into an interesting narrative; they’re hoping for at least some small return on the time they invested, but instead, they’re being met with no option but to give and give what little they have left. Indie authors are giving everything they have already. Why ask them to give more?

If you’re a reader who doesn’t know if a book will be for you, visit Amazon’s website on your web browser of choice and read the free preview. That’s what they’re there for. Check out the good and bad reviews, to see what others had to say. Don’t harm authors by purchasing their work, with every intention of returning it when you’re done.