Does Your Book Need a Prologue?

Do you love prologues? Despise them? Learn about them, and how to decide if your book needs one. 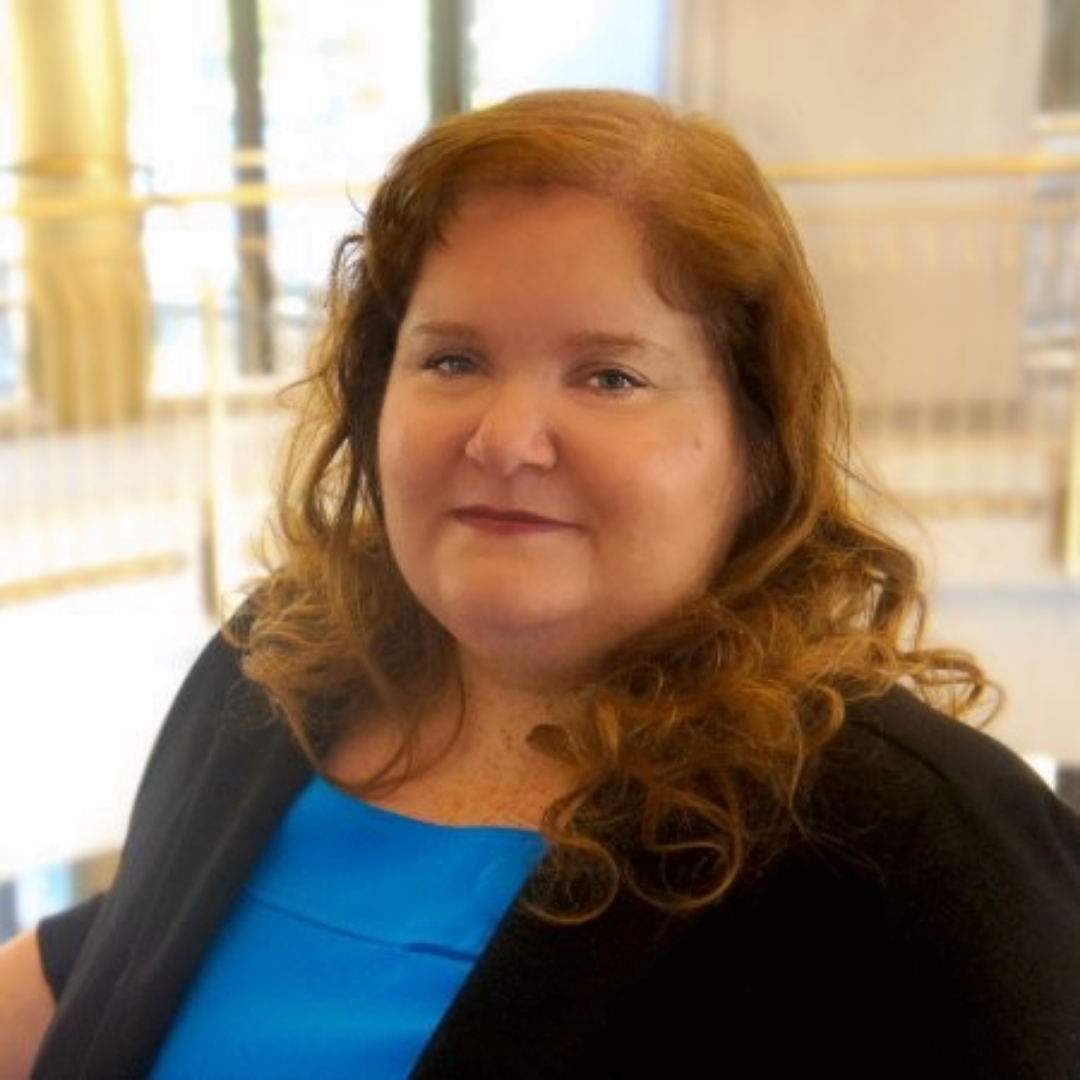 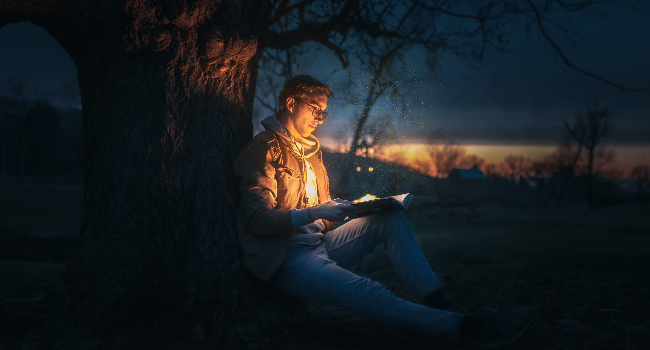 There is a great divide in the literary world, with authors, critics, and publishers all having differing opinions on the question: Are prologues good, or bad? Writers in both camps have staunch beliefs on the pros and cons of these little teasers that happen before the main events of a book.

From the ancient Greek pro, meaning before, and logos, meaning word, prologues were often used in plays to set the stage for the action to follow. One of the oldest known prologues in English literature is the opening lines of Geoffrey Chaucer’s The Canterbury Tales from 1387. In the first stanzas of his poem, Chaucer clues the readers into the theme, a journey or pilgrimage, and outlines what each tale will be about.

Love them or hate them, prologues serve a purpose. Let’s dive into if a prologue is right for your story. Along the way, I’ll provide examples of prologues to show what some of the concepts we’re talking about look like in action.

What is a Prologue?

A prologue is a scene or chapter placed at the beginning of a story. Usually, this is kept to a short section of text where the actions and circumstances are separate and distinct from the rest of the story.

The purpose of a prologue is to introduce important information about the story, such as background information, context or world-building, providing readers with a framework to use as a means to understand the events of the book. In other words, it helps readers get their bearing before starting your book.

Think of William Shakespeare’s intro to Romeo and Juliet:

‍Two households, both alike in dignity

(In fair Verona, where we lay our scene),

In this prologue example, Shakespeare sets the stage, giving the audience the location (Verona), the setting (Two households) and the theme (ancient grudge) of the play.

In a more modern version, take the ‘opening crawl’ in all the Star Wars movies: “A long time ago in a galaxy far, far away…” Each movie contains three or four paragraphs to provide viewers background details and the time period in the universe in which the story takes place.

A great prologue gives readers a hint of the theme of your story, or introduces characters whose relevance may not be immediately obvious. These snippets allow a deeper connection to the events that follow.

For fiction writers, it might be a way to introduce main characters before the action starts, or provide a bit of historical context for what’s to come. They could define a key plot point, such as the parameters of a curse.

For nonfiction books, a prologue is an overview of relevant information your readers will need to comprehend what they’re about to read.

‍Why have a prologue?

Prologues give you the freedom to launch into text without context. You absolutely have the right to confuse the reader here. Diving into an exciting part of the story can pique a reader’s interest, making them ponder how characters got to this point or what are the reasons behind the tension presented on the page.

This paranormal mystery plops readers into the middle of a crisis, introducing us to Alex Stern, the main character, after a lot of stuff has happened. She’s alone, she’s hurt, and she has a mystery to figure out. These factors combine to draw readers in, raising questions they want answered.

A short-cut to a shocking introduction to your story is a stolen prologue. Some authors implement this literary device, which lifts a portion of a relevant, exciting scene from the back half of a book and places it as the prologue. Thus stealing from the future to entice readers.

Pro-Tip: For more hints on creating a good hook, check out this article

While your goal should be to inspire interest, without facts or context, readers might find themselves too confused to feel curious. If readers are unable to orientate themselves or find value in the sequence of events, they might put your book down.

A flashback is a scene that occurs before the main story line. Using this type of scene to open your story allows you to expose details not available to the characters in the main storyline. It is also a great occasion to muddle the facts of a mystery using an unreliable narrator, allowing you to challenge readers along the way as you unfold the real proof of what did happen.

In this prologue, the reader experiences three significant flashback episodes. Written from the perspective of Death, the narrator of the story, the reader sees the three instances he’s come across the main character, the book thief. This teaser serves as context to place the reader in time and space, Germany, during World War II.

The essence of a flashback is to explain. When you use this literary technique, you are telling rather than showing, stepping away from the drama. The reader now has facts at their fingertips, which creates a level of trust. Breaking that trust is a tricky thing to do without the reader feeling cheated.

‍Introduce a Different Point of View

There may be instances where certain characters or facts can’t organically be incorporated into the main plot. With a prologue, you have the freedom to write in another character’s voice, a different setting or even a different perspective. For example, a prologue told in first person, when the rest of the book is in third person POV. You can think outside of the box, using different formats, such as a letter, a newspaper clipping, a commercial.

Whatever perspective or format you select, it’s important to keep in mind that the text has to reveal insights relevant to the story. Your readers will be waiting and watching for the information relayed in the prologue to make sense by the end of the story.

A classic example of a prologue with a different point of view, Vladimir Nabokov uses a letter written by an imaginary scholar, and presents it as if someone else has discovered this report on Lolita, as a way to introduce the character. We get an “outsider's” perspective on the “patient” and this sets up the unreliable narrative of the story.

First impressions have a lasting effect. If you introduce a character in the prologue, or write it from their perspective and readers connect with that character, they may be disappointed when the narrative shifts in the rest of your novel. The curse of a good side character. Or a great villain.

In books where setting plays a large part in the story, such as fantasy, sci-fi and historical fiction, a prologue can be a writer’s best friend. This pre-text can be a creative way to introduce readers to the rules and regulations the characters in your world must live by. Focusing on key aspects that are unique to the atmosphere of your book, you can ease the transition from our real world and the fictional environment, easing readers into the story by providing them necessary information and context.

Example: Pillars of the Earth by Ken Follett

Ken Follett opens this sweeping tale with a public hanging, the aftereffects of which drive the rest of the plot. By immersing readers in this one specific moment, describing the scene at the gallows, the way 12th-century England deals with criminals and how people react, bringing to life the Medieval world the story takes place in.

A non-contemporary world can’t be explained in a short scene. Nor should it be. Readers should learn about the world the events of your story exist in throughout the rest of the novel. Infusing too much information in the introductory pages of your book may overwhelm readers and turn them away.

‍Should you use a prologue?

Before making the decision to include a prologue, ask yourself these four questions:

Your prologue should have significance to the story. If not, then it may be a waste of your and your readers’ time.

A prologue is not an excuse to cram pages full of information you think the reader needs to know. The point is to tease and increase interest, not bore readers. We don’t need the whole history of your science fiction universe.

Adding a prologue might reel readers in, but they will still need to be hooked by your initial opening. An effective prologue doesn’t excuse a slow opening chapter or chapters. Better to spend time crafting a killer first chapter that makes readers want to turn the pages of your book.

If you have a great opening sequence, then why bog it down with either a competing scene or one that clouds the reader's minds? This is particularly crucial in fast-paced stories such as thrillers or action-adventure books.

Pro-Tip: In today’s online world, many readers are able to sample your story before buying. This makes the choice to include the prologue or not even more important. Depending on length, potential readers may get more of the prologue than they do of your core story. Therefore, it’s essential that your prologue stand out while intriguing readers.

‍How to write a good prologue

So, you’ve decided to write one. Let’s look at some ways to help ensure your prologue is useful.

Since a prologue is separated from the main story, writers have leeway to explore different avenues to expose the relevant information the prologue serves to share.

A good prologue should:

Keeping these in mind, here are a few tips to get the prologue right.

One of the reasons you probably decided to write a prologue is because you have key details you want the reader to know. That doesn’t mean throwing everything into the opening scene like a laundry list of items. It is still very much your responsibility to entice readers to get hooked on your story.

For example, show how the world your characters live in is different. If there’s no oxygen left on the planet, describe how humans survive. Help readers feel the lack of breathable air.

This is not chapter one. There is a very specific reason you decided to include your prologue, so get to it and get out. Think of your prologue as a short story, or flash fiction. Make every word count.

Do this by focusing on one key event, pulling readers in with a sharp, quick explanation. Like Vladimir Nabokov’s letter, find a way to get to the nub of the particulars without boring readers.

As writers, we tend to want to wow our readers with our writing skills. As such, we might inject flowery or poetic prose into these opening paragraphs as a kind of literary flex. Unless you plan on writing the rest of the book in this fashion, avoid this temptation.

Instead, highlight the compelling nature of your story with the aim of drawing in readers, not impressing them. A captivating narrative will influence potential readers more, encouraging them to buy the book.

Each and every question introduced in the prologue must not only create intrigue, but it must be relevant to the main body of your book. By placing information in a special section, you are highlighting details that will cement in readers’ minds.

Think of Chekhov’s gun. Once a reader has that image, they are waiting for it to pay off. They may have created theories around your prologue, and if they don’t get answers, they will leave your book feeling dissatisfied.

‍Will your book have a prologue?

Including a prologue in your book may be tempting. These teasers give writers the freedom to color outside the lines and play with the way the story is told. But each additional paragraph you present to potential readers before your first chapter has the potential to steer readers in the wrong direction. Keep in mind stories you’ve read and how those prologues made you feel.